At the Library
by LeAnn Kunz

I first heard about Nomadland, the movie starring Frances McDormand, when it won best motion picture of the year 2020 at the Oscars.  Soon after that my husband and I rented and enjoyed it.  It was an eye-opening look into a phenomenon in America that many of us do not know exists.  I then discovered that the movie was based on the book Nomadland: Surviving America in the Twenty-First Century by Jessica Bruder which we have in our collection at the WPL.  My interest was piqued, so I checked it out.  What an astonishing book.  It is a thorough study of our population of transient older Americans, literally modern nomads!

Author Jessica Bruder does a wonderful job of taking us into the daily lives of this pool of migrant laborers in the United States, many of which are at retirement age but cannot make a living on social security or retirement benefits.  We are introduced to people who were successful former professors,  business people, ministers, administrators, or blue collar workers, and our main “character”, a general contractor named Linda May.  This community calls themselves “workampers” and generally do not own houses but live on the road in vans and RVs following seasonal jobs.  This may sound like a romantic notion, the freedom of living on the road, seeing the countryside.  Yes, there is an element of this in the story.  However, the overwhelming perspective I got was one of simple daily survival.  These people work hard, hard jobs for long, long hours for low pay.

Some of the jobs that these workampers do every year include working at Amazon’s Camperforce program in Texas, harvesting sugar beets in North Dakota, caring for campgrounds in national parks in South Dakota, and working at Adventureland here in Iowa.  I have always known that working at an Amazon Fullfillment Center is grueling.  Workers run all day on concrete on strict schedules, up and down stairs, in huge warehouses to “pick” items and “stock” items to bins.  The job is for a young, very healthy body and the majority of the workampers are older.  Many sustain injuries from repeated tasks and from rushing to complete their tasks.  Bruder embedded herself into this lifestyle while writing this book and, at one point, finds herself running all over an Amazon building to find an empty bin in which to “stock” one item, wasting maybe 45 minutes for perhaps a 12 pack of toilet paper.  Reading these Amazon anecdotes, I was shocked that such a company runs so inefficiently.

The sugar beet harvest is especially physical work.  Workers must often “rake” sugar beets into heavy machinery, sometimes outdoors in cold fall weather.  It is dangerous.  Operating the rides and concessions at Adventureland in the summer means workers standing long hours in the hot Iowa sun.  It is taxing.  Running the campgrounds in the Badlands, South Dakota includes cleaning public toilets and other areas constantly. It is never-ending, thankless work.

Despite what might seem a gloomy look at the reality of this particular workforce, Linda May and many of the workampers are painted as strong and resilient.  Yes, a recession in our economy can change the life of many Americans quickly and such a future probably awaits more of us.  Despite it all they have created a community with one another through their yearly get togethers, including the Rubber Tramp Rendezvous, and through their workamper networks   This compelling memoir is worth reading, to remind us of what some do to survive. 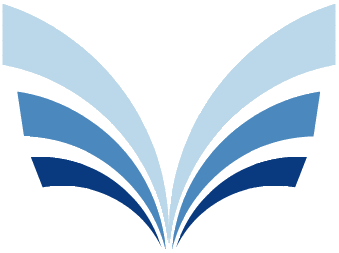